Most of us are aware of Pride Month being celebrated all over the world now. But question remains as to how many of us know why and what we are celebrating for a month. To begin with, every event or “day” that we celebrate has a story that is etched in the past. Not all of them see the pages of history textbooks that we propagate in the education system globally. The onus then lies on us to trace back the origin of those events before we actually celebrate or promote it further.

Not many are aware of the 1969 Stonewall riots. It is essential to draw the larger picture here—before we tell you what triggered the riots, let it be known  that the 1960s were not kind to lesbian, gay, bisexual, and transgender (LGBT) Americans.

The New York State Liquor Authority shut down pubs that served alcohol to suspected or known LGBT individuals, thereby barring social gatherings of the community as the authorities considered it disorderly. But this was just one among the many things that the community endured. A lot of effort went into overturning certain regulations but by 1966, gay right activists achieved a small but important victory. Pubs could now serve alcohol to LGBT patrons but engaging in inappropriate behavior in public was still punishable.

The cops leveraged this to raid gay bars and the ones that they didn’t were run by Mafia families who bribed them to stay out of their business. The Stonewall Inn, a popular pub for the community, was run by one such family, the Genovese. Till the morning of June 28, 1969, it was just another pub that could prevent raids with a little help from corrupt cops. But on that fateful day, the police entered the pub with warrants, beating up individuals and taking them into custody along with employees.

Agitated by the amount of violence and constant harassment, the people chose to stand their ground instead of fleeing. They started throwing objects like glass bottles and cobblestones at the police. In some time, it turned into a riot with hundreds of angry people trying to set fire to the bar where the police had taken shelter.

The lives of the police was spared when the fire department doused the flames. But the protest went on for five days, giving the existing Gay Liberation Movement a sudden push. With LGBT activism finding a new political direction, several organizations like Human Rights Campaign, GLAAD (formerly Gay and Lesbian Alliance Against Defamation), and PFLAG (formerly Parents, Families and Friends of Lesbians and Gays) came forward to join the cause.

It’s been a long journey since then and a lot has been achieved on the way. But the dream of social equality probably demands traveling on the same road for another light-year or so. Meanwhile, we hold on to remnants of small victories and martyrdom.

But how do we do it? We celebrate the entire month of June, organizing several events like the pride parade, workshops, conferences, concerts, and parties. Memorials are held in the names of people who had lost their lives in the battle of equality and hate crimes. Cities from different parts of the world celebrate Pride Day/ Month depending on their capabilities.

Alcohol happens to be an essential component of celebration, be it any kind. If you are part of the community, we extend our respect to you, for all the obstacles you are probably having to overcome every day. Raise a toast to yourself with a dram of fine scotch like The Glenlivet more often, because you deserve it. And if you are someone who believe in and support the cause, plenty of whisky for you too. Make the most of this one month, carry whisky in hip flasks for those post-pride walk gathering, cook or bake with whisky and give them away to people during workshops. Get as creative as you can, and don’t forget to take pride in your identity and capabilities. 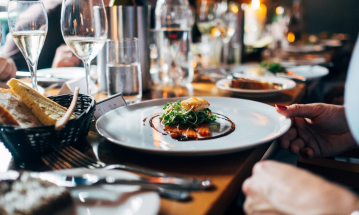 Pairing food with whisky is a burgeoning interest finding more and more prevalence among both the veterans, and the new whiskyheads. Exploring the bottomless possibilities of flavours, aromas and textures inspires a sense of entertaining curiosity which a lot of people now love to indulge in. 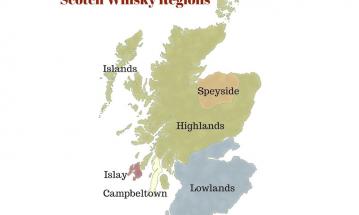 Arguably the greatest Scottish export to have ever been produced, Scotch whisky has inspired all whisky lovers to take a keen interest into its geography; not for reasons political or geological, but to evaluate and gain a deeper understanding of single malts.