The name Antiquary derives its origin from the 1816 Gothic Novel by Sir Walter Scott.  True to its historical origin, Antiquary is a Victorian whisky blend with Edinburgh roots, currently falling under Japanese ownership.

Today Antiquary is available as a no-age-statement, 12-year-old and 21-year-old, and as a limited edition 35-year-old. It strikes a balance between highland and Speyside malts providing typical citrus and vanilla notes, while a dash of Islay malt accounts for its light smokiness.

Tea, wine, and spirits merchant James Hardie moved into blending business in 1880, calling his company as J&W Hardie Ltd. As business grew, his family registered one of their blends – The Antiquary as a brand. In 1917 the brand was sold to J & G Stewart, which was again taken over by the DCL in the same year. By early 1980s, The Antiquary gained global acclaim, and was made widely available in countries such as Venezuela, Paraguay, Italy, France, Spain, Portugal, Japan and Andorra. In 1996 J&W Hardie was bought by the Tomatin Distillery Co. Ltd, which had been under Japanese ownership since 1985. This signaled the owner’s confidence in entering the premium blended Scotch whisky market with an established and reputable brand. The brand got a makeover in 2015 to identify with a younger audience.

Tomatin has a history as a distilling dating back to the fifteenth century. In 1985, the distillery was re-established as The Tomatin Distillery Co. Ltd. It now operates 12 stills, and produces 660,000 gallons of whisky per year. Traditionally Tomatin provided whisky for Scotland’s major blends, but today the focus is on its own brands.

The unique diamond bottle shape which was introduced in the mid-20th century was however retained. The company decided to enhance the design further by creating a bespoke label that matches the geometric shape of the front face thereby improving standout. The label was also revamped with more detail and calligraphy. A cleaner typography was introduced to make it up-to-date. The outer cartons depict The Antiquary’s distinguishing contours for the maximum impact.

Today some of the successful markets of the blend include France, Portugal, Russia, Angola, the UK and US.

The palate has a nice balance between the bourbon and sherry casks but the grain alcohol is also quite evident. It's quite light and clean for a 21 Year old blend. The underlying notes are sweet, medium-dry and malty with very subtle hints of grassy peat and light smoke. One can also pick up traces of sweet cereals, buttered toast, vanilla, caramel, toffee, heather-honey, straw, dried herbs, dusty road, banana flavoured candy, citrus, black currant jam, cooked apples, cinnamon, light menthol, aniseed, refill oak casks and traces of pepper and nuts. These aromas are merely impressions and is not identifiable easily. You would expect some clearer notes after 21 Years which leads to the possible conclusion that most of the casks weren't very active.

The overall impression of the palate comes out as slightly bland, mainly sweet with clear notes of malt, cereals, fruits and spices. The finish is long, fruity and pleasantly sweet.

The popularity of this blend has never been marred by its rarity. With each new chapter this superb whisky has grown to become a true classic. 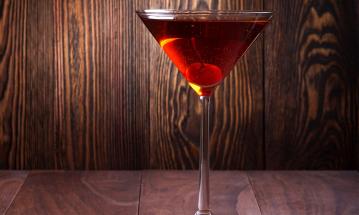 5 Classic Cocktails You Need to Know How to Make

Summer’s here already! Days from now, it will be way too sultry to have your whisky neat. For that matter, even one on the rocks might just not be good enough. However, we have the answer to blow your summer blues away-- whisky cocktails! A Mint Julep, an Old Fashioned, a classic Manhattan, a Whisky Sour, or even a Jack and Coke might be all you need to wipe off that summer sweat. 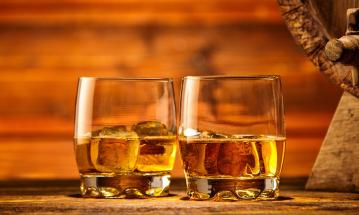 America’s native spirit owes itself to the Whiskey Excise Tax which brought in a flood of Irish and Scot immigrants most of whom settled in Kentucky. That means there’s no better place than the birth land itself to document the beautiful journey of bourbon. Bourbontucky does a fine job right from a voyage through the copper stills in the county to demystifying the myths and unveiling the truths about bourbon bars. The narrative is amply sprinkled with tête-à-têtes of bourbon aficionados and creators alike. 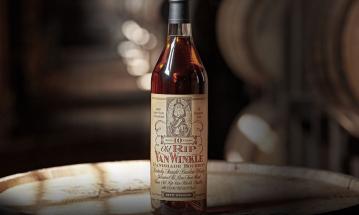 When you hear the name Old Rip Van Winkle, you are probably going to be a little surprised, and then when we tell you it is a phenomenal bourbon, the curiosity is going to be piques further. But if you are a true whiskey lover, we have already got you hooked, because you know Old Rip Van Winkle is so hard to find in the market-- it is basically the unicorn of the whiskey world. Now how did that happen? Even a decade back, you could just walk into any liquor store and get as many bottles of Old Rip Van Winkle as you wanted. We will tell you.