A famous and very popular blended scotch whisky, VAT 69 comes with a great deal of history. It was first made in 1882 by William Sanderson - a liquor manufacturer from Leith, Scotland. To create the perfect blend, Sanderson made up 100 different vattings of whisky and hired a panel of expert whisky tasters to select the finest one. They chose the 69th vatting, thus the name, VAT 69. Blended using forty different malt and grain whiskies, this is a smooth, balanced spirit and a perennial favourite with blend drinkers.

VAT 69 Reserve, a deluxe edition of the brand was launched in 1980.

It was first made in 1882 by William Sanderson - a liquor manufacturer from Leith, Scotland. As the story goes, to create the perfect blend, Sanderson made up 100 different vattings of whisky and hired a panel of expert whisky tasters to select the finest one. They chose the 69th vatting, thus the name, VAT 69.

VAT 69 blended Scotch Whisky is an invention of William Sanderson & Son Limited, based in South Queensferry, Scotland. VAT 69 Scotch later became a part of Diageo plc, a British multinational alcoholic beverages company. The original VAT 69 Whisky bottle with its famous bulbous neck was nothing short of iconic, and the bottle remained unchanged for the next one hundred years after it was first produced.

By the time Sanderson died in 1908, VAT 69 was already well established. By 1933, it was one of America’s most popular whiskies.

The brand is highly regarded and has a reputation of selling about a million cases per year, with its core markets being Venezuela, Australia and Spain. VAT 69 Whisky is also locally bottled in India.

According to popular trivia, VAT 69 Scotch Whisky also has gained fame as a ‘cameo artist’ in Hollywood: appearing in movies such as ‘Our Man in Havana’ and as the favourite drink of Captain Lewis Nixon in the US TV series ‘Band of Brothers’. It was also pretty popular with our Bollywood villains from the 1970s!

Despite the name that it carries, VAT 69 is not a vatted malt. It is actually a blend of about 40 malt and grain whiskies. And because of the combination of the malts and grains, VAT 69 Reserve carries no standard age statement.

Since autumn 1980, Glenesk (a 12-year-old Highland Single Malt, 40%), is available from Sanderson in Germany. Glenesk is stored for at least 12 years in sherry barrels. William Sanderson & Sons Ltd. has produced "Antiquary", in 1964, which is a 12-year-old De-Luxe-Scotch-Whisky (40%).

Hints of spice and caramel, notes of barley malt, with a soft wheat character. A touch of pear juice.

More whiskies in the league

VAT 69 is a simple, pleasant blended scotch, utterly lacking in complexity, but with its own virtues nonetheless. The scotch enjoys a mid-gold color in the glass, and the nose is syrupy sweet, with crisp woody notes. On the palate, the syrupy all-spice flavored sweetness retreats into the background, partially replaced by peat smoke and tannin-rich woody flavors. The finish isn’t very long, but it is smoky and warm.

Lot No. 40 is expertly distilled in small batches using only the finest locally sourced ingredients. By distilling in a single copper pot still, the result is a whisky that starts off earthy and woody tasting and then becomes full bodied and complex with a velvety vanilla oak finish.

This whisky is from the moth-balled distillery of Imperial 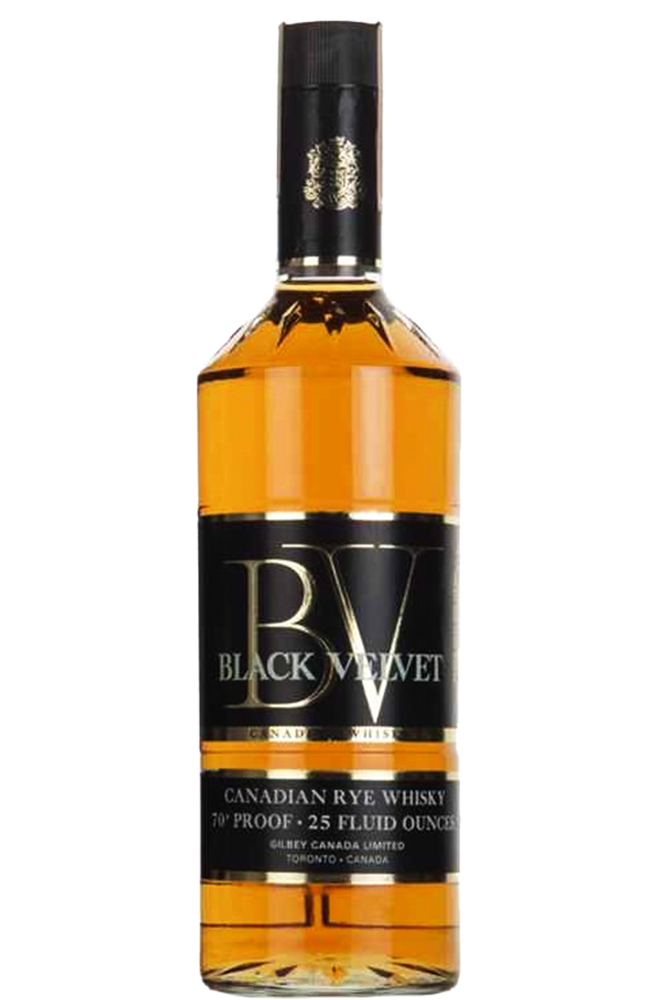 Black Velvet first came out of the barrel in 1951. The brand was initially known as “Black Label,” but after Jack Napier, the original distiller, sampled the first batch, he changed the name to Black Velvet to reflect its uncommon velvety taste and smoothness. It’s sold in over 55 countries around the world. Using crystal clear Canadian water, plus the finest rye, grains, and corn, the whisky is painstakingly distilled, blended at birth, and put up in premium oak barrels to gently mature. Black Velvet Reserve was started in 1991 and has steadily grown in popularity due to its smooth taste from longer aging. 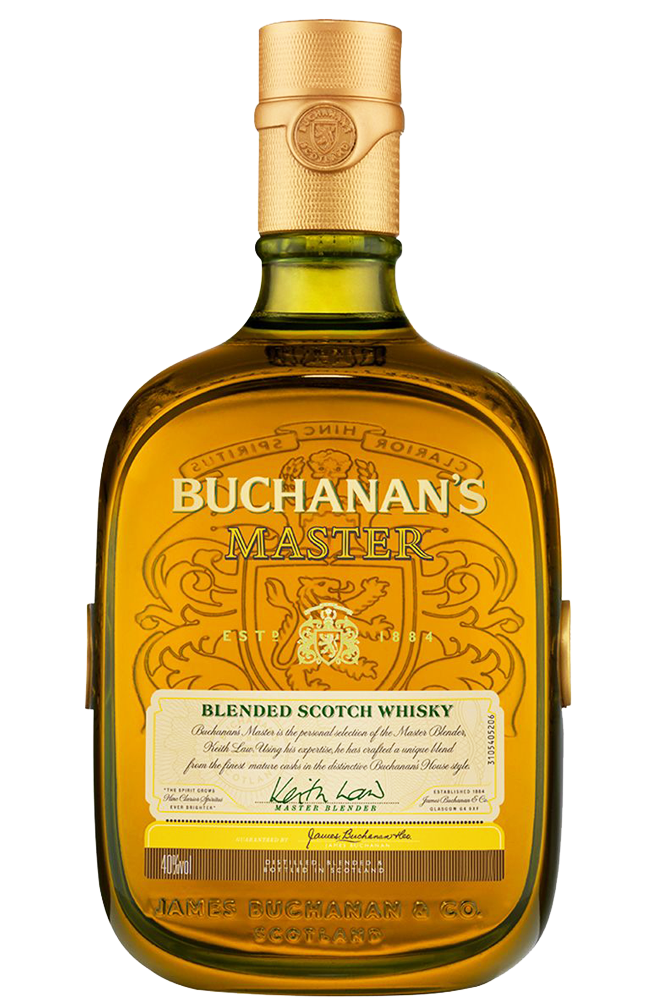 Buchanan’s Master Blended Scotch was created in the 21st-century by the current Master Blender Keith Law. Using his expertise and craftsmanship, he has selected the finest casks of mature whisky to create this distinctive expression, which offers rich notes of honey, citrus fruit and dark chocolate, backed by smoky, peppery spice. If you choose the custom engraving option, your message will be engraved on a plaque adhered to the bottle.

A full-bodied rye blend, it is aged for ten years then rebarrelled after blending for an additional marriage of flavours. It pours a brilliant gold colour and offers aromas of toasty grain with a touch of spicy rye. The palate is soft with vanilla, toffee and light spice flavours followed by smooth finish. 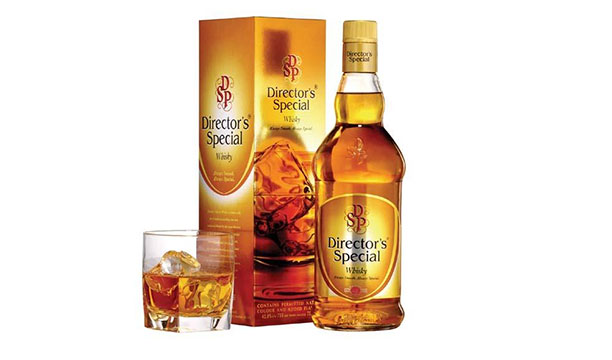 Director’s Special is a brand of blended Indian whisky that is widely available in India. It belongs to the economy whisky segment, and has been in the Indian market for many decades. 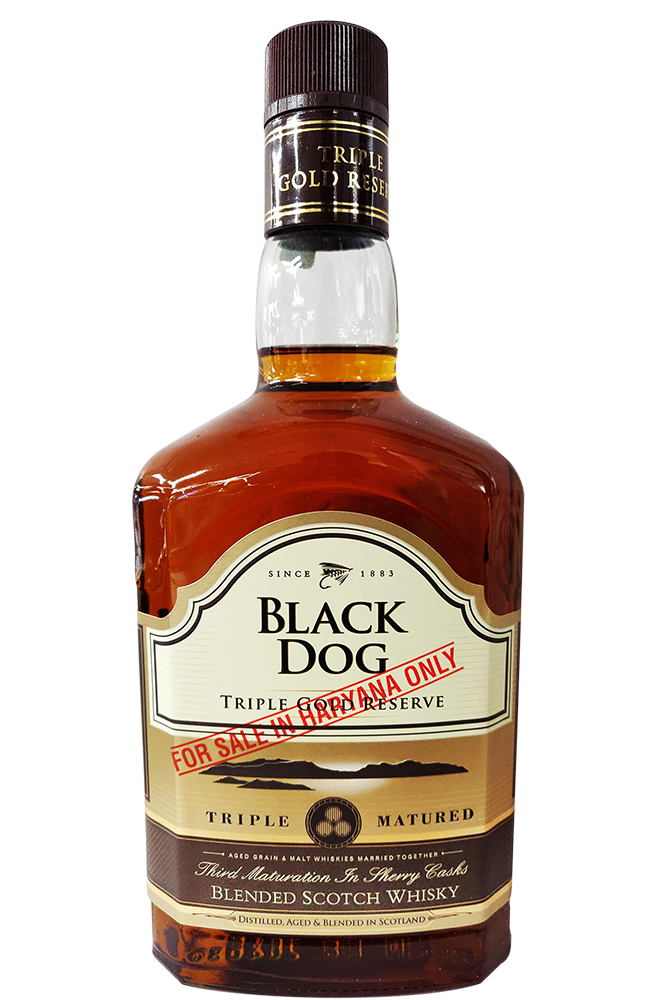 Black Dog Triple Gold Reserve is the only blended Scotch that is produced involving a triple maturation process. The triple maturation process which involves Grain whiskies and Malt whiskies separately matured in American Bourbon Casks and then blended together and matured again in Oloroso Sherry Butts for an extra longer period of time to give the blend a distinctive flavor and a delicate finish. As per the consumer research conducted on the blend of TGR, it has been appreciated and accepted as a parallel to any 12 Y.O blended scotch.

Presenting the finest blended Scotch Whisky that will capture rarity & perfection in a glass.

How do you liked it?